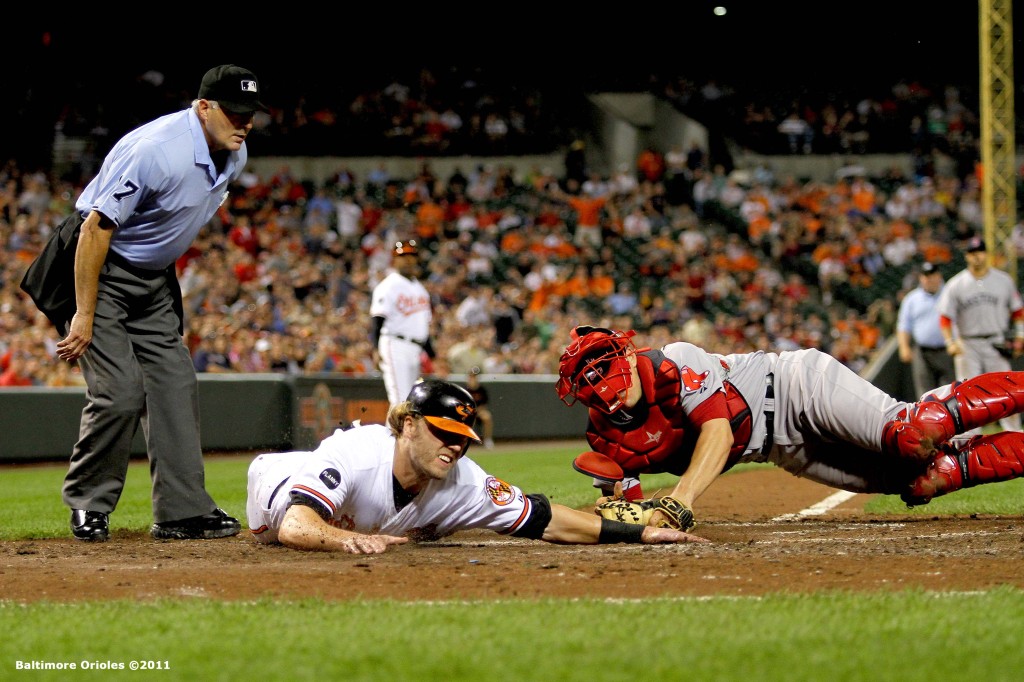 "Baltimore Orioles first baseman Mark Reynolds is tagged out at home by Boston Red Sox catcher Ryan Lavarnway in the fifth inning of a baseball game in Baltimore."

"Baltimore Orioles right fielder Nick Markakis looks on in the seventh inning of a baseball game against the Boston Red Sox Wednesday, September 28, 2011 in Baltimore."

Here’s two that I liked from Wednesday night’s dramatic final game of the season. These were taken, of course, before the ridiculous 9th inning walk off win, which I’ll show in a separate post.