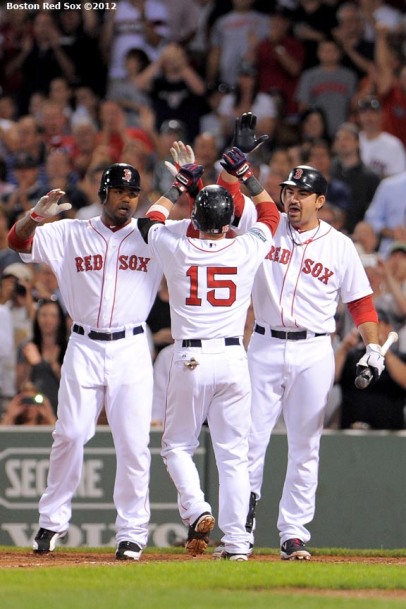 “Boston Red Sox second baseman Dustin Pedroia is congratulated after hitting a go ahead two run home run during the sixth inning of a game against the Detroit Tigers Monday, July 30, 2012 at Fenway Park.”

Not much to say about this game, except that it’s always nice when your team comes through with a really solid, strong, convincing win. The pictures are always better, and so are your spirits while shooting. Last night was full of hits, home runs, and high fives – seen above.

This game’s “Thing I Learned”: During games like these with lots of runs and action, it’s good to voice tag your key photos to save you time when captioning later on. It’s something I’ve done plenty of times, but did for the first time in awhile last night.