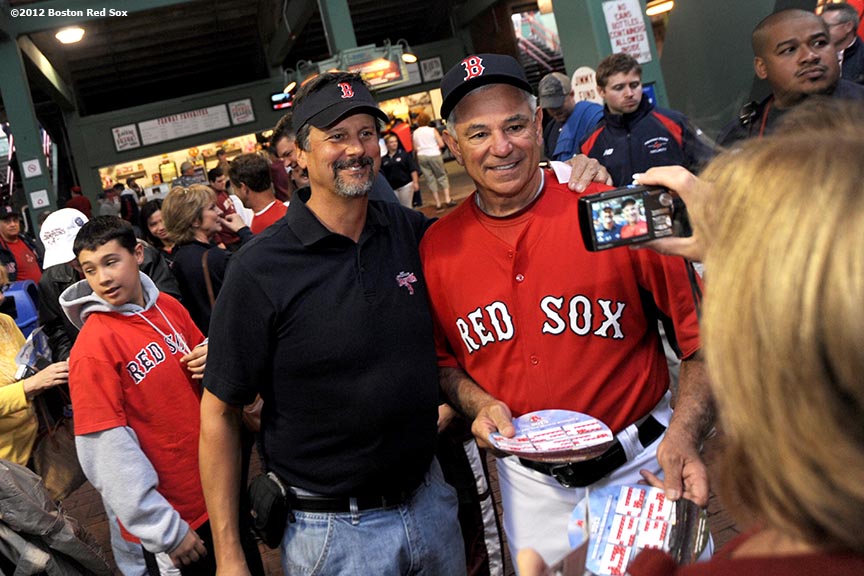 “Boston Red Sox manager Bobby Valentine greets fans at Gate C outside of Fenway Park to thank them for their support during the 2012 season Wednesday, September 26, 2012.” 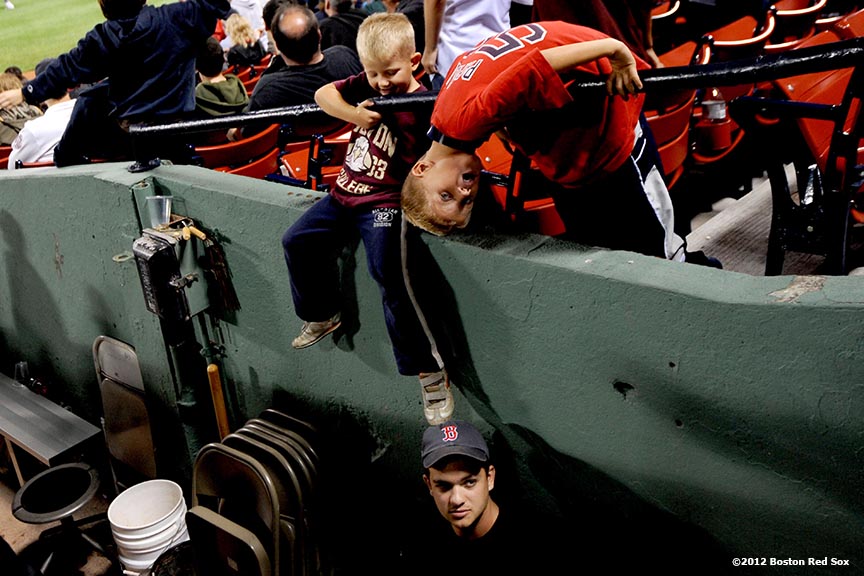 “Kids tease a grounds crew member in Canvas Alley at Fenway Park during a game between the Boston Red Sox and the Tampa Bay Rays Wednesday, September 26, 2012.” 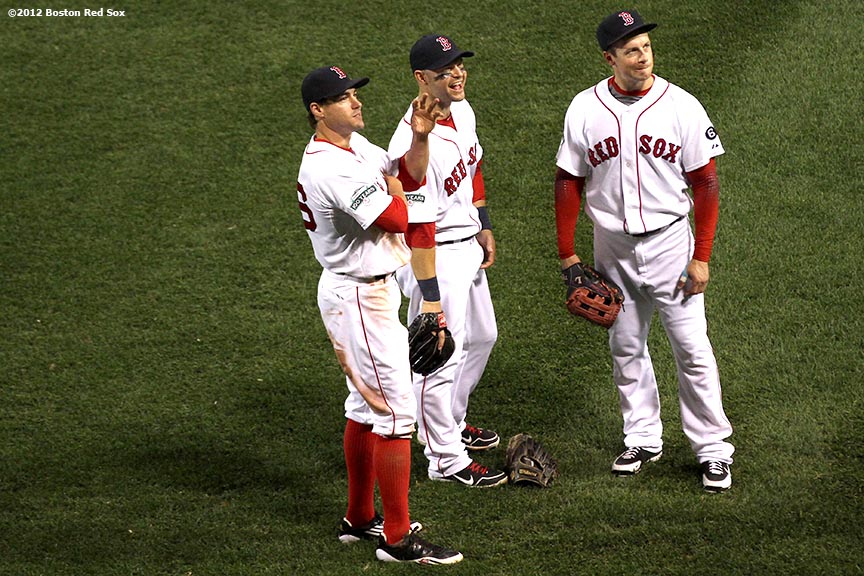 “From left to right, Boston Red Sox outfielders Scott Podsednik, Cody Ross, and Daniel Nava have a laugh in centerfield during a pitching change in a game against the Tampa Bay Rays Wednesday, September 26, 2012.”

It’s hard to believe, but last night was the last home game for the Boston Red Sox this year, bringing an end to the commemorative 100th anniversary season of Fenway Park.

It hasn’t quite sunk in for me yet that the season is over. You get in such a routine with this job, and spend so much time at the stadium, that it takes a few days off to realize that it’s actually over.

The game was lackluster, and ended in a Red Sox loss. So, here is an assortment of images from the last game.

I’m not going to share all my thoughts about my work this season here just yet. I’ll save that for later. I’m hOOOOOOping that there’s more baseball still to come…