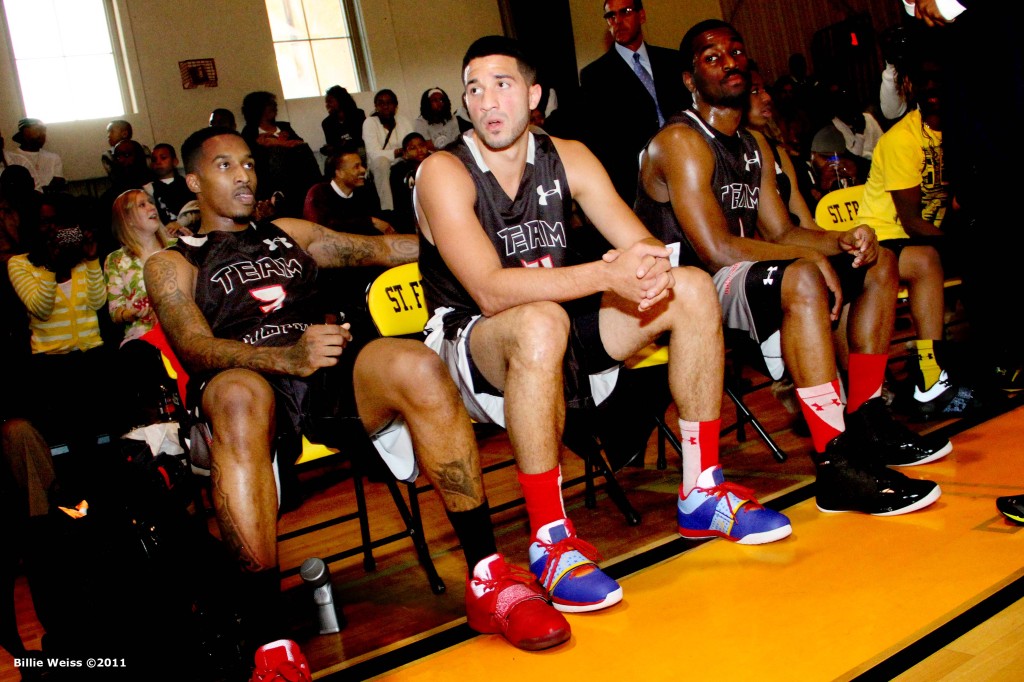 I shot the kick off event for Under Armour‘s “Are You From Here?” tour yesterday at the St. Frances Academy school in downtown Baltimore. The tour is designed to promote NBA players’ engagement with the community while the lockout prevents them from playing.

I’ve shot basketball before, but I’ve never seen guys move like these NBA players can. Their movements are ridiculously quick, even in a pick-up exhibition game like this one. Their athleticism is freaky.

This was a fun event which I enjoyed shooting, despite the horrible lighting in the school’s gym. It made shooting action really tough, so I focused more on the candid moments like this one.