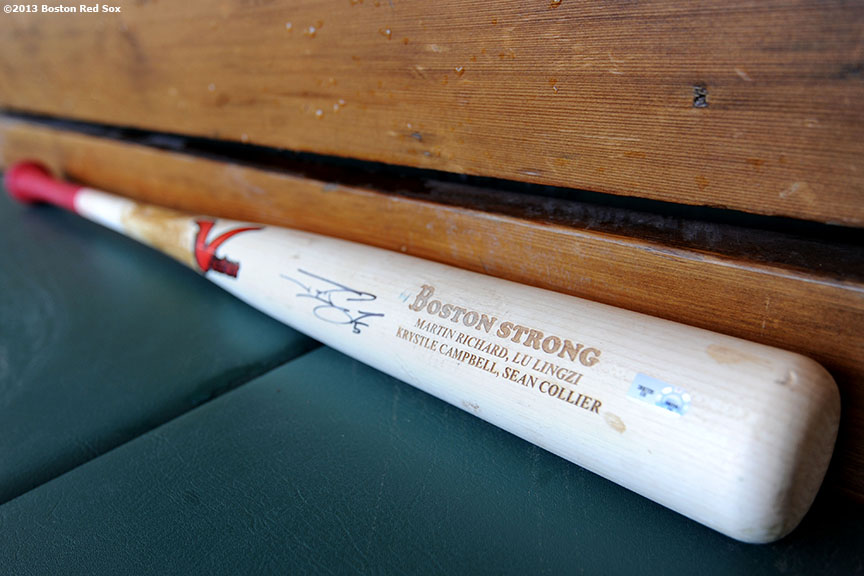 “The bat of Boston Red Sox outfielder Jonny Gomes is shown in the dugout at Fenway Park Monday, April 22, 2013 engraved with the words ‘Boston Strong’ and the names of the four victims killed in the bombings at the 2013 Boston Marathon.” 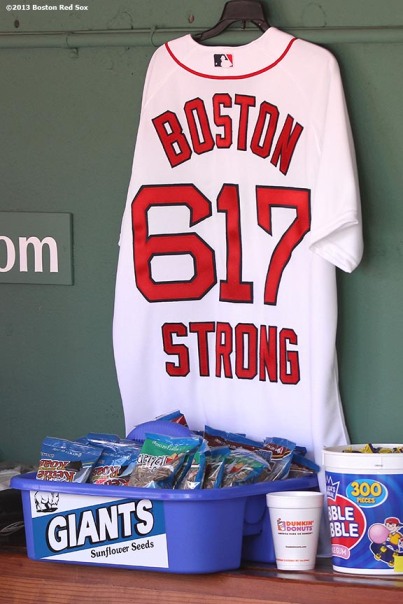 “A ‘Boston Strong’ jersey is hung in the Boston Red Sox dugout at Fenway Park Sunday, April 21, 2013 in honor of the attacks on the 2013 Boston Marathon.”

It was nice to get back to a normal routine at the park yesterday, given all that’s happened. In fact, it was so normal that I didn’t come away with too many photos.

Here are a few that I liked.