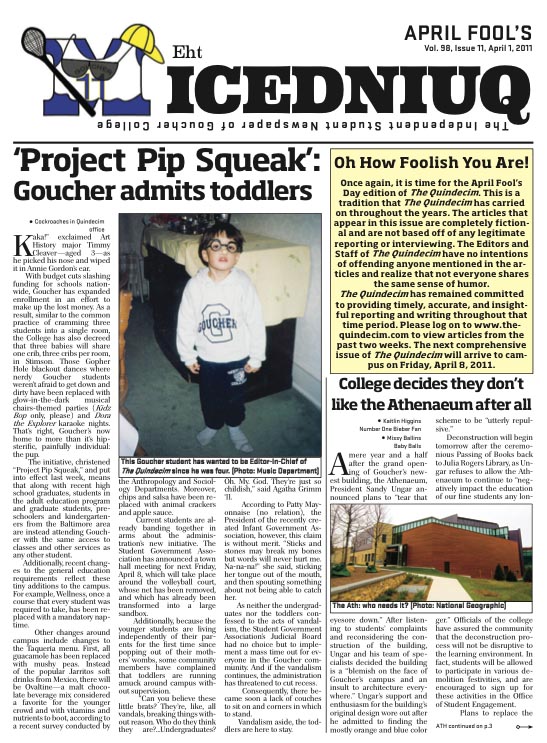 Today we distributed our April Fool’s Day issue of Eht Micedniuq to campus. It was a lot of fun to produce this issue. We deserve a break after all the hard work we’ve done this year.

I’m sure we’ll get some flack from some people on campus, but so far, the feedback has been positive. One person called it “fantastic” and another described it as “wickedly funny and pure genius.”

Lots of people are also laughing about that goofy little boy on the front page. I don’t see what’s so funny.