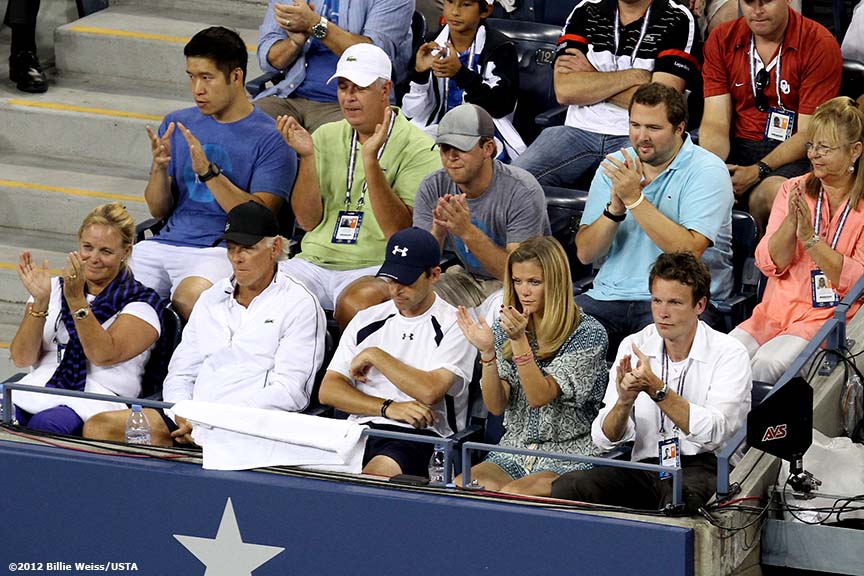 Day 5 is in the books. Here are a few highlights from a huge selection of matches and other miscellaneous photos I shot throughout the day.

I’m making a conscious effort to mix things up and produce fresh, different, unique photos as the tournament draws on. I’m particularly happy with the first one above. I think Janko Tipsarevic has quickly become my favorite tennis subject to photograph.

After a long day of shooting in the 91 degree New York City sun, I can’t quite think of more to say without sounding ridiculous. I’ll let the photos do the talking. Here are our photo galleries from the day.

Time to recharge for Day 6! 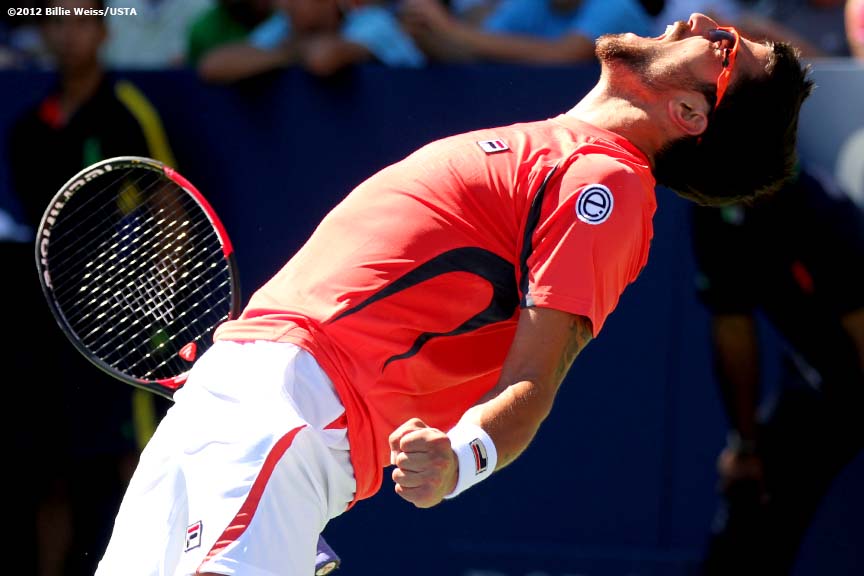 “Janko Tipsarevic (SRB)[8] celebrates after defeating Guillaume Rufin (FRA) in five sets in the first round of the US Open Wednesday, August 29, 2012.” 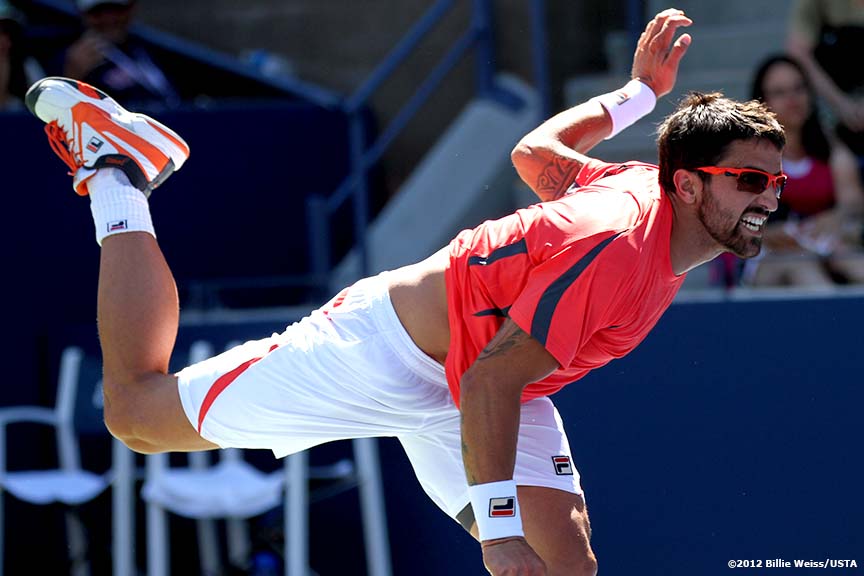 “Gilles Muller (Lux) throws his racquet in celebration after defeating Mikhail Youzhny (RUS)[28] in five sets in the first round of the US Open Wednesday, August 29, 2012.” 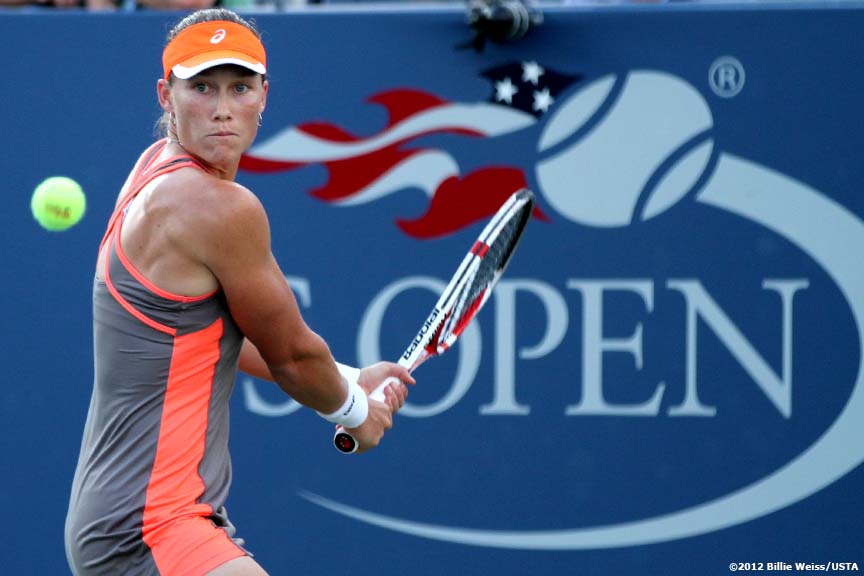 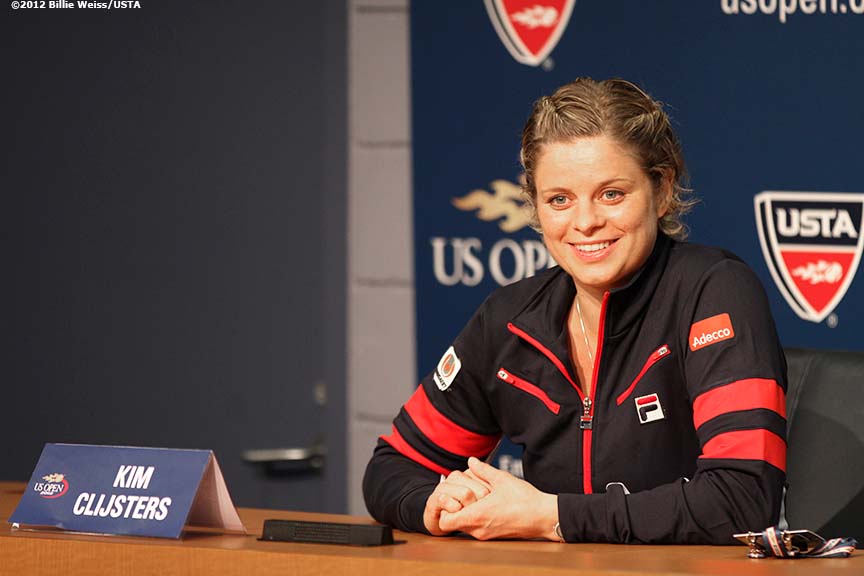 Here is a selection of images from Day 3 of the 2012 US Open. Things are starting to heat up, and emotions were running high on many of the courts yesterday. I caught the tail end of a few very intense matches, including a couple five set battles.

It was nice to get some good expression out of the players. Screams, fist pumps, and racquet throws serve as a nice break from the normal forehand, backhand, and serve photos.

Here is a link to the photo galleries from the day.