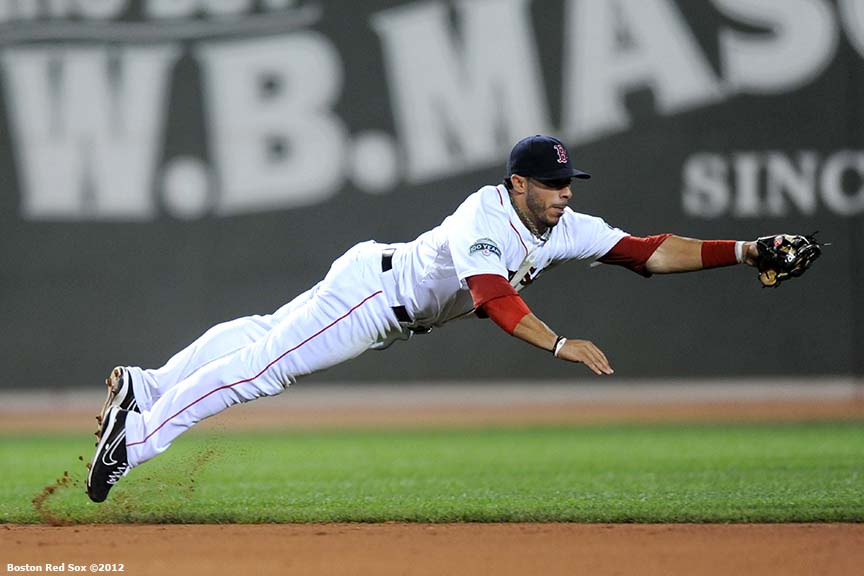 “Boston Red Sox shortstop Mike Aviles dives for a ground ball during the seventh inning of a game against the Kansas City Royals Saturday, August 25, 2012.” 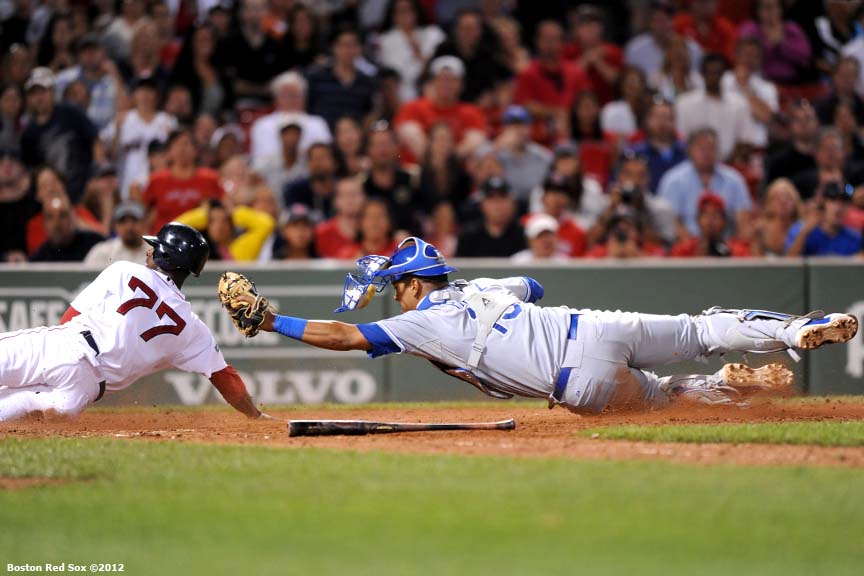 “Boston Red Sox third baseman Pedro Ciriaco is tagged out at home plate during the tenth inning of a game against the Kansas City Royals Saturday, August 25, 2012.”

This game’s “Thing I Learned”: Stay focused in the late innings! Pictures are waiting to be made. 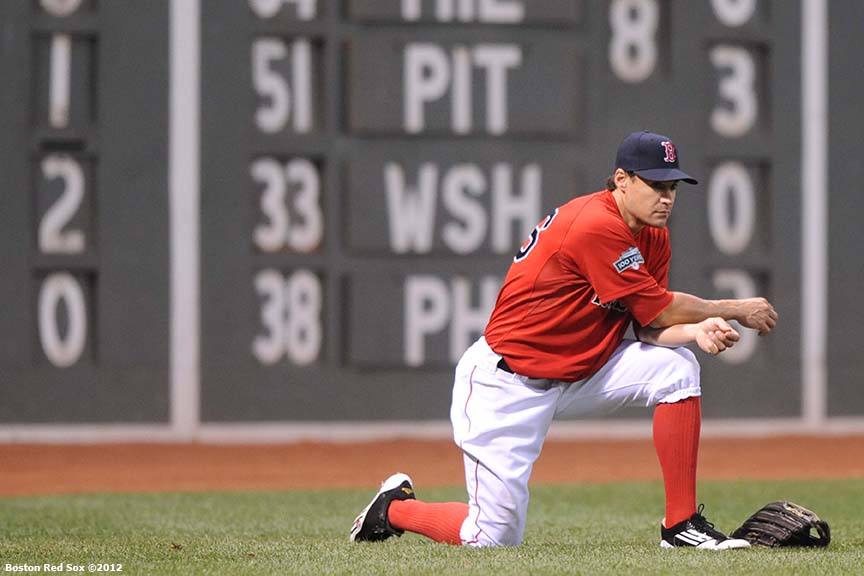 “Boston Red Sox left fielder Scott Podsednik kneels during a pitching change in the eighth inning of a game against the Kansas City Royals Friday, August 24, 2012.”

“Boston Red Sox third baseman Pedro Ciriaco kneels during a pitching change in the eighth inning of a game against the Kansas City Royals Friday, August 24, 2012.”

Not too much action from this game, but as I went through my edits, I found that these two work nicely as a pair.

This game’s “Thing I Learned”: Always keep an eye out during pitching changes. There are often some good candid moments like these waiting to be shot.

“A crowd applauds as a couple kisses each other after becoming engaged on the field at Fenway Park Saturday, August 4, 2012.” 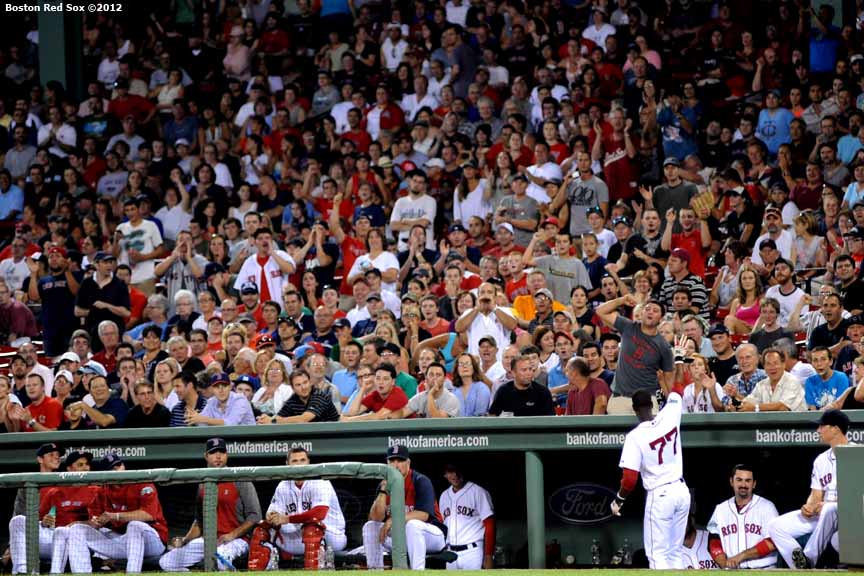 “Boston Red Sox shortstop Pedro Ciriaco gives a curtain call after hitting his first career home run in the eighth inning of a game against the Minnesota Twins Saturday, August 4, 2012.”

I had a few hours to rest and clear my head after my extremely tolling and difficult (jokes) shoot with Darth Vader the morning of this game, so I came out with lots of energy and had a good night shooting.

Despite the Red Sox managing to lose after being one strike away from winning the game, I was down low when Boston’s new spark plug shortstop Pedro Ciriaco hit his first Major League home run.

This game’s “Thing I Learned”: Never assume the game is over until the last out is recorded.

Also, does anyone have any thoughts about proposals at pro sports stadiums? Romantic? Overrated? Really corny?